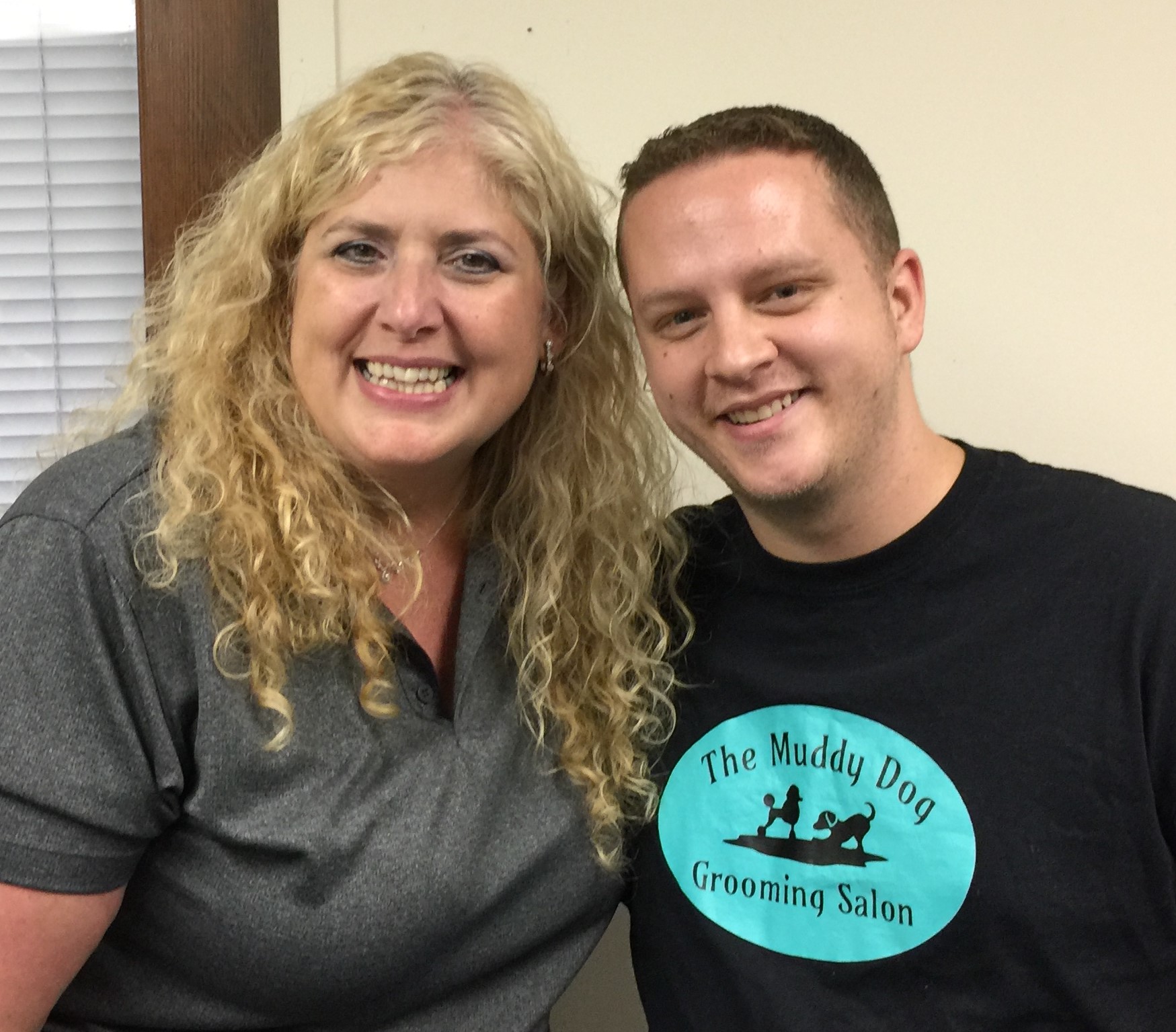 You have to start somewhere

As with most success stories, the beginning usually comes about in a very unexpected way. This was definitely the case with a local dog groomer, Tyler. As Roe would bring her puppy to a local large retailer for pet services, her favorite trainer/groomer would always say, “Someday, when I’m a Vet.” Month after month, “Someday” was Tyler’s theme.

Now, if you know Roe, that will only last for so long. She invited Tyler out to lunch to talk about his “Someday.” Very wisely, he accepted and even came prepared to take notes! Through the course of the conversation, he revealed that college was a challenge for him – especially the testing. Of course, Roe picked up on that and asked him to put the “someday vet” idea aside for a few minutes.

With that idea tabled, he was free to imagine what different future might hold. Turns out, Tyler also wanted to open his own grooming salon but had no idea where to begin. The more they talked, the more excited he became. She assured him it was very possible and that she would be with him every step of the way.

In opening up during this initial meeting, he really embraced her as a mentor. By putting aside a “someday” idea that really was never going to take hold, he took step 1 in turning “someday” into “today!” Tyler was on his was to becoming an entrepreneur!

It happens all the time – you have a great meeting or go to a seminar and the excitement is contagious. Until you get back to the day-to-day grind. Then, life takes over and the ideas fall away. Yet to turn “someday” into today, this can’t happen. The fire must stay lit. Fortunately for Tyler, it did.

Every time Roe would come back to the store, Tyler had an update waiting for her. On her advice, he worked with a Small Business Development team at a local college to build a business plan. He saved money for the equipment and supplies he would need and started to think about how to look for a rental property. There is so much to owning a business, especially for someone with no real business experience. Tyler never let that stop him. Every once in a while, him and Roe would go out to lunch to really dive into the plans.

As time progressed, the concept of The Muddy Dog Grooming Salon was really starting to take shape. Tyler took on a managerial role to gain more experience. Everything was focused on making someday a reality.

Now, it was at least a 4 year process, but there was progress. Little by little, bit by bit, Tyler was working towards his goal. The fire was there, it just needed careful tending.

Finally, the catalyst came. The culture at work was just not the right fit for him anymore and a fantastic real estate opportunity presented itself. Nervously, he told Roe he was ready. During their final meeting, which Don joined as well, the final plans were reviewed. It was go time!

The shop opened, and of course, Pixie was Tyler’s very first client. The branding, facility, services – all of it came together. He proved it’s possible to turn someday into today!

How did it turn out!?

Over the first year, The Muddy Dog Grooming Salon’s business has been off the charts. Tyler retained so many of his past clients and gained so many new ones that he had to hire another groomer! In one year, he has doubled his business.

Plus, he continues to strive forward. He goes to training conferences to further his education and to be able to offer new services. The “someday’s” he now has are filled with actionable items. There is no doubt, Tyler’s success will continue to shine.

Whether it’s a grooming business, insurance agency, or any other organization, goals can be achieved. Find a mentor, learn all you can, save, plan and then go for it! Don’t let anyone or anything hold you back. Make your someday a reality.

No, it turns out this story isn’t done yet. Here is a personal message from Roe:

A few weeks ago, Tyler called me out of the blue with the most exciting news. The Muddy Dog Grooming Salon was chosen as one of the top three “Best of the Best” salons in our area!!! He wanted to invite Don and I to attend as his guests and share in the experience.

WOW! As a mentor, there truly hasn’t been a greater gift then watching Tyler fulfill all his hopes and dreams. It has been so humbling to see the positive impact we can have on each other. Rewarding doesn’t even begin to describe the love and pride I have for Tyler, and all of my “fairy godchildren.”

Tonight we celebrate Tyler’s success. Today, is the Best of the Best someday’s ever.